Would you like to switch to the accessible version of this site?

Don't need the accessible version of this site?

Keep It Cheesy for a Long-Lasting Smile 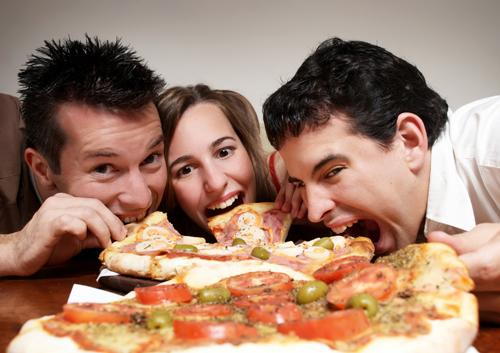 You’ve heard people tell you to say “cheese” when you’re having your picture taken, probably more times than you can count. There is another reason you should be saying “cheese” … or “YES” to eating cheese.

Although the doctor and our staff routinely encourage our patients to brush their teeth after eating, the one time you don’t want to do that, at least not immediately, is after eating cheese.

CBS News reported on the results of a study that was published in the May/June 2013 issue of General Dentistry, a publication of the Academy of General Dentistry. The study showed that cheese increases dental plaque pH, but in this case, the plaque increase isn’t a bad thing. When you eat cheese, you increase the pH of the plaque on your teeth, and create a protective coating that may lower your risk of getting dental caries -- more commonly known as cavities.

An analysis of the story from the General Dentistry journal, including the details of the study and its participants, was published in Science Daily. The study looked at 68 children between the ages of 12 and 15. A similar study was conducted by British researchers who reported their findings in the British Dental Journal in 1999.

How the Study Worked

Researchers tested every participant’s mouth at ten, 20, and 30-minute intervals. They found no changes in the mouths of participants in the milk drinking and sugar-free yogurt eating groups, but every time they tested the pH levels in the mouths of the ones who had eaten cheese, researchers saw the levels quickly increased.

They concluded that cheese has anti-cavity properties. That isn’t the only benefit, however. Another study, in which related findings were reported, appeared in the Journal of Contemporary Dental Practice in the summer of 2000. In that study, researchers found that cheese may give teeth a protective coating that helps lessen enamel erosion caused by acidic foods, particularly from sugar-sweetened soft drinks.

So don’t just say cheese for pictures. If you want to have a happy, healthy and long-lasting smile, go for cheese. It’s good for your bones, too!